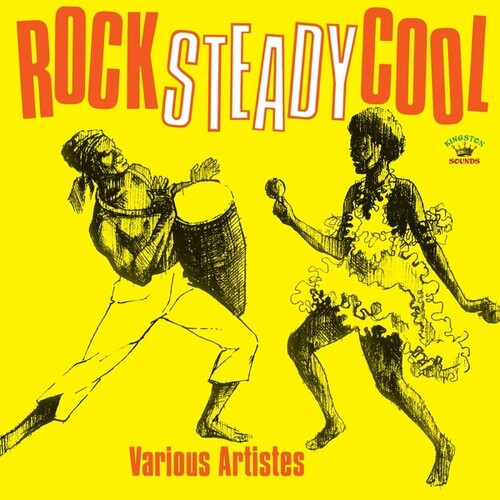 Rock Steady Cool is another fine collection of rocksteady hits. The "Cool" subtitle could not be more relevant to an album, as around 1966, an extreme heatwave hit the Jamaican island. This would not stop the all-night dances from going ahead but the jerky ska rhythms proved too strenuous of an activity to partake in, so a new slower beat to suit this extreme weather had to be found and the ever-resourceful music entrepreneurs came up with the slower paced beat and rocksteady was born.

This two-year rocksteady period ran until 1968 and would see some of the power escape from the big three producers, Clement "Coxone" Dodd, Prince Buster, and Duke Reid. It was time to make room for a new wave of up-and-coming producers that also had something to offer the people. Such names as Joel Gibson (Joe Gibbs), Sonia Pottinger, Derrick Harriott, and most prolific of them all, Mr Bunny Lee would step forward and add some new musical touches to the island.

Rocksteady was an inspirational and somewhat overlooked sound that provided some outstanding music. So, sit back and enjoy some rocksteady straight from the dances of Jamaica. Features The Rudies, Derrick and Patsy, Alton Ellis, The Imperials, Bunny and Bunny, Junior Smith, The Soul Flames, Rico, Fitz & The Coozers, Bobby Kalphat, The Rudies, Derrick Morgan, and Fredrick Bell. CD version includes two bonus tracks featuring Roy Shirley and Glen Adams.