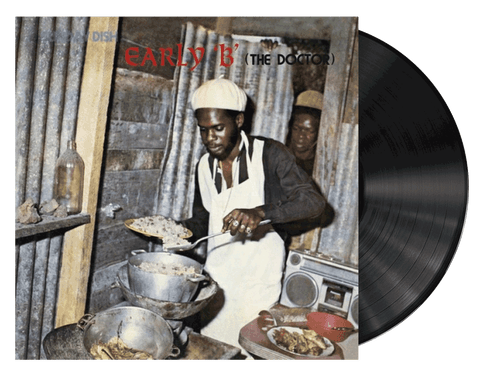 Radiation Roots present a reissue of Early B's Sunday Dish, originally released in 1985. Earlando Arrington Neil became Early B on the Jamaican sound system scene, working his way through Soul Imperial, King Majesty, and other sets before coming to prominence in the early 1980s on Kilimajaro, where he became known as "The Doctor" for unleashing his lyrical cures on the mic. Recording for various producers from 1981, Early B reached another level upon linking with deejay-turned-producer Jah Thomas in 1984, the humorous hit "Sunday Dish" leading to this explosive LP of the same name, an enduring classic of early dancehall that also features the equally hilarious "Learn Fi Drive". All killer, no filler.

Health Is Wealth - Macka B (LP)