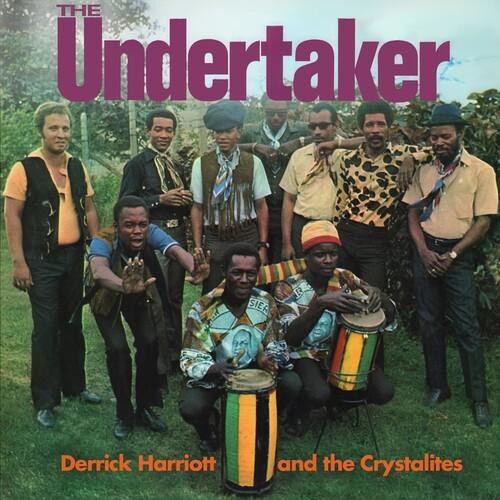 Digitally remastered and expanded two CD edition. After being released in the UK by Trojan Records in 1970, The Undertaker became an instant best seller among the country's growing number of reggae fans. The collection, comprising a dozen topically-themed instrumentals, showcased the musical skills of crack Kingston session crew, the Dynamites (recording under the assumed name of the The Crystalites) and the production talents of one of Jamaica's most accomplished music makers: performer-turned-record producer, Derrick Harriott.

Now, over 50 years since it's release, this classic album is finally made available once more, with it's 12 tracks bolstered by a further 14 instrumental sides from the period, along with the cream of Derrick Harriott's vocal productions from 1969 and 1970. Most of the recordings have been unavailable for years, while a further nine tracks are completely new to CD!

On A Mission - Derrick Scott

I've Got It Covered - Barry Biggs

Back A Yard Dub - Alborosie

Back A Yard Dub - Alborosie (LP)

Back A Yard - Wailing Souls